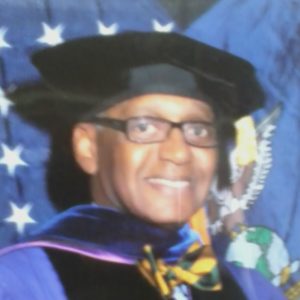 I am a resident of Montclair and a lifelong Episcopalian. I became a parishioner at St. Luke’s in August 2010; and was installed as the fifth Verger of St. Luke’s on Easter Sunday 2017. In October 2017 I became a Fellow of The Vergers’ Guild of the Episcopal Church (FVGEC). Translated from Latin, the motto of the Vergers’ Guild is: Service through worship and worship through service. Serving as St. Luke’s Warden is the widening of worship and service to my beloved parish.

In addition to my service as verger, I am a member of the Commission on Ministry (COM) for the Diocese of Newark.  Prior to joining St. Luke’s I was a parishioner at The Church of St. Mary The Virgin in New York; and was trained as a choirboy at The Chapel of The Intercession, Trinity Parish Wall Street.

After a career in aviation, I returned to graduate school; following graduate school, I did analytic training, and later completed my doctoral studies at The Silver School of Social Work at New York University. The focus of my research was:  Attitudes of Black American Women with a Diagnosis Breast Cancer Towards Advance Directives.

Prior to accepting my current appointment at the Nathan Weiss Graduate College of Kean University, I was a Clinical Associate Professor and later Associate Dean and Director of the MSW Program at Adelphi University. In addition to my academic appointments I maintain a private practice in New York City.